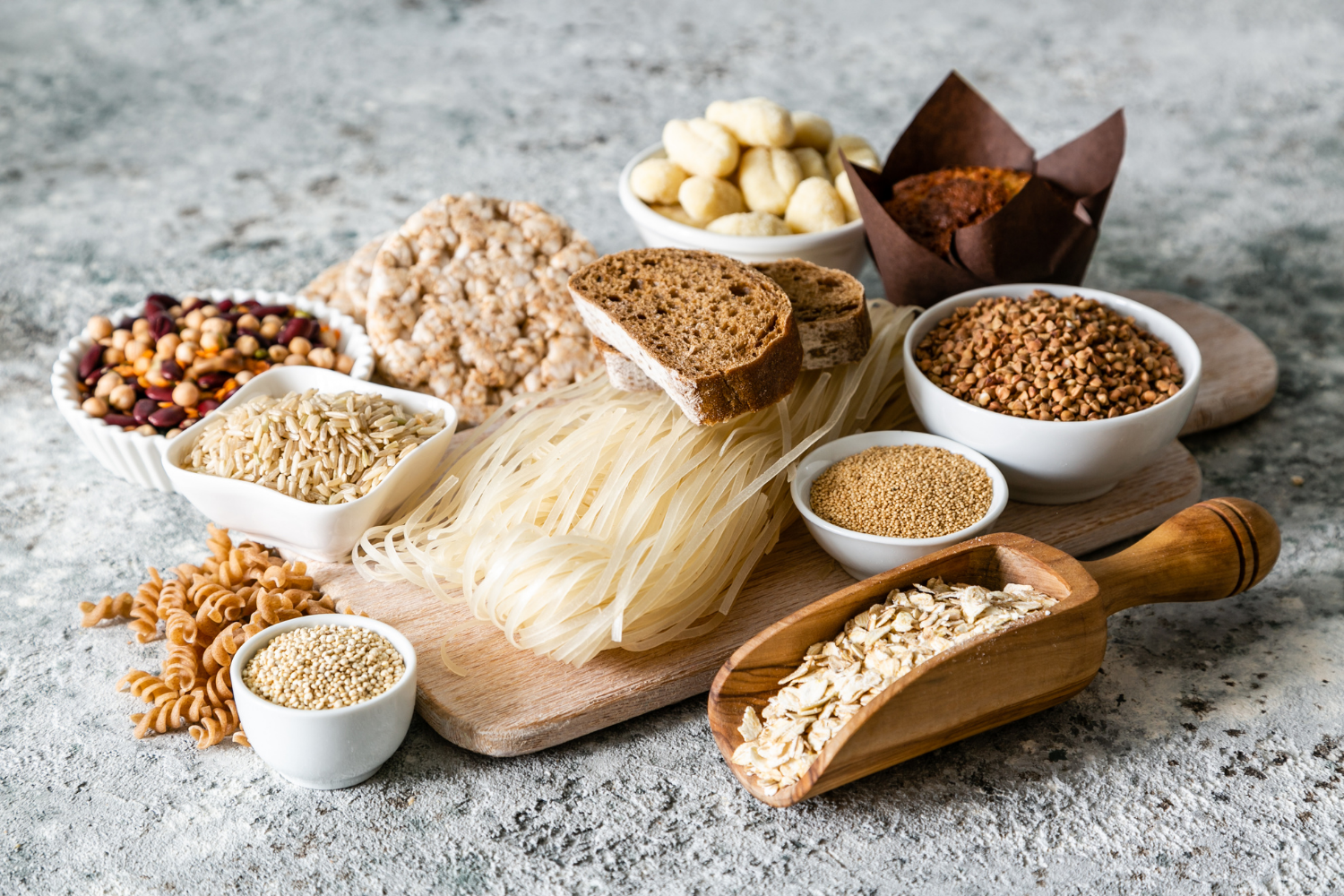 08 Jan All About Gluten

Gluten. it’s such a hot topic nowadays. Some people claim that it’s being demonised. Others keep away from it like it’s a plague. How can you tell if you should keep it in your diet or avoid it completely?

One very important thing to know is that when it comes to any food and especially gluten, one can have an allergy, an intolerance, or a sensitivity to it. This means that when you eat it, you might not go into anaphylactic shock or blow up like a balloon, but it might still be wreaking havoc in your system nonetheless.

One of many examples is my client, and my own son. The text you see here is a message I got from a client just after New Years. This client has been with me in the Urban Cleanse for soon 2 years. Her health, skin, energy, and apparently eyesight has improved immensely during our time together.

As we often do, she too was enjoying the holidays back home and eating whatever her heart desired. Soon enough she noticed that her eyesight was getting worse again! Funny enough her message came in just as I was sitting down with my youngest to read together, and he rushed to get his only-used-twice-a-year glasses (those twice a year are around Christmas and Easter…).

What’s the difference between an allergy, an intolerance, and a sensitivity?

The two main differences between those are:
1. How they are being tested

2. How your body is reacting

When it comes to tests, a conventional doctor or allergist will test allergies by doing a blood test or a skin scratch test either on your arm or on your back for testing different foods and seeing if you’re reacting to it. Your skin will puff up and show irritation, which indicates that you’re allergic to whatever it is you’re tested for. This is also called an IgE antibody response. In this case there’s usually an immediate response, since the body sees that food as a toxin. Reactions can range from a rash, to hives, to swelling, to tightening of the throat and even anaphylactic shock. Serious business to say the least!

Sensitivities:
Food sensitivities, also known as the IgG response, is a different part of the immune system which is reacting to whatever it is you might be sensitive to. It therefore needs a different test as well, one which seems to be a bit controversial amongst conventional medicine physicians, despite it having plenty of literature and a growing amount of studies done. Having said that, I have to stress that there are plenty of tests out there that are not reliable and have hardly any scientific support. It’s always important to work with someone you trust and comes highly recommended!

When it comes to symptoms, the reactions can appear up to 3 days after eating the food, which often makes it hard to detect what it is you’re sensitive to. Some of the symptoms include diarrhea/constipation (or alternation of the two), heartburn, nausea, headaches, migraines, IBS, weakness, brain fog, changes in mood, anxiety, and even depression. These can also lead to worse problems when left untreated, such as eczema, sinusitis, arthritis and more.

Intolerances:
Food intolerances are not really an immune system reaction, but something else that’s going awry. A great example for that is dairy, and specifically lactose intolerance. Many people get gassy and bloated when they eat dairy, simply because they don’t have enough of the specific digestive enzyme (called lactase) which helps digest the milk sugar that’s found in most dairy products. If the body doesn’t product sufficient amounts of a particular enzyme and/or chemical, which is used to break down that specific food, we feel the reaction although it’s not an immune response.

When it comes to gluten, one can be allergic (a.k.a. Celiac), sensitive, and even intolerant to it. These can develop with time. I actually had a client who was tested and found to be pre-Celiac and was told she can continue eating it… She chose to avoid it and her health improved immensely. I don’t want to even think what would have happened if she decided to listen to her doctor.

We now know that gluten can lead to leaky gut, chronic inflammation and systemic consequences that you might not feel or see for many years, causing great damage without you even knowing. Leaky gut can then form even more food sensitivities and allergies, since it’s basically allowing food to roam around in the body where it shouldn’t be. The immune system is them put on alert and tags that food as dangerous, making you over-react when you eat it. This is why some people are really surprised when they find out they have Celiac or are sensitive to gluten or other foods, while being able to it throughout their lives without a noticeable problem.

If you suspect to have food sensitivities or intolerances, and would like to know more, let’s jump on a consultation call. I’m always happy to give even more information, and help you try to figure out what the next steps of action can be
https://organilicious.ch/health-and-lifestyle-coach-consultation/

Danna Levy Hoffmann
Danna Levy Hoffmann is a Functional Medicine Health Coach, FMCA Certified & IIN Gut Health Certified, with a background in psychology.
Danna helps incredible women understand just how incredible they really are – by working on self love, on healing their relationship with food, and giving their gut what it needs in order to support their health and livelihood. Her goal is to help others reach deliciously sustainable lifestyle changes. Enjoy life, and enjoy every bite of food you eat. No diets, no deprivation!
organilicious.ch